Our sincere thanks to everyone who prayed for and supported the crusade.  Several thousand people came to hear the message of Jesus Christ and His love for them.  We witnessed the testimonies of many asking Jesus into their hearts and others being healed.  We were also able to experience breakthrough anointing.  We now look forward to God's transforming grace - transforming Los Cabos for Him!  Thank You for your support! 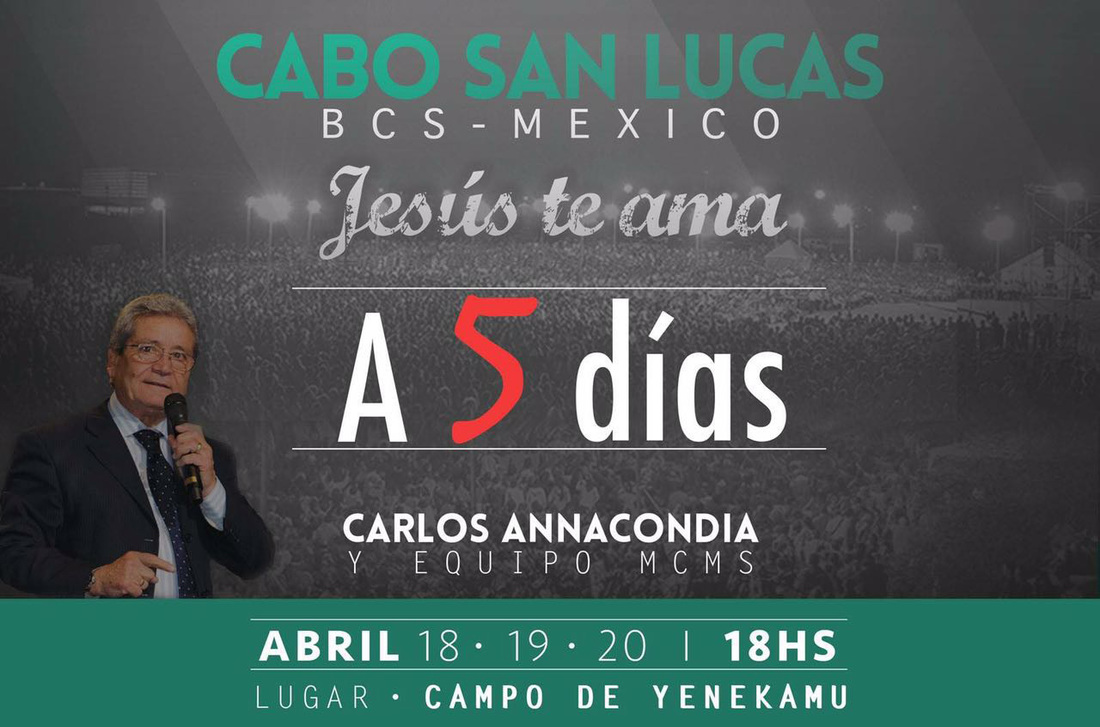 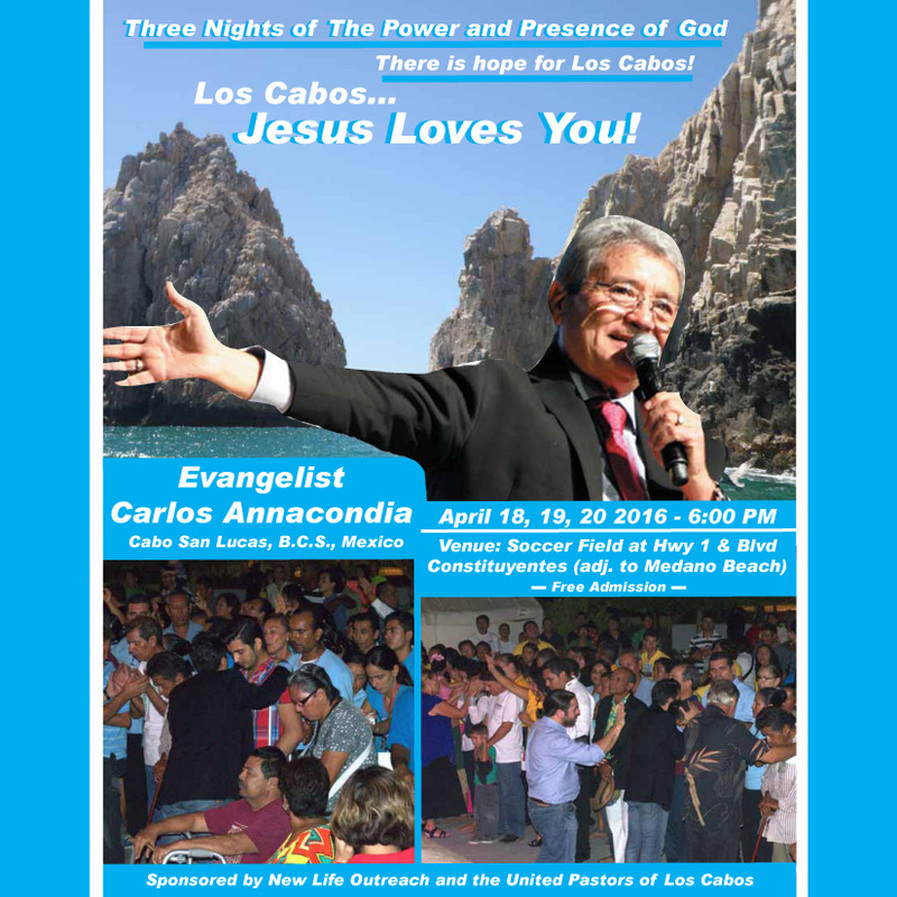 If you have not been praying for the crusade daily, we would ask you to make the commitment and begin to pray daily.

We are happy to announce that we have secured the use of a prime parcel of land at the edge of the Cabo San Lucas famed tourist strip. This is one of three original parcels we prayer-walked during Elias’ and Leo’s first coordination trip in May of 2015. It is adjacent to the famous Medano Beach near where the shuttle boats come in from our many cruise ships and is the “Entrance to the City” in several directions.  For more on this property, check out the blog at:  http://www.newlifeoutreach.us/blogging-cabo/crusade-property-announcement 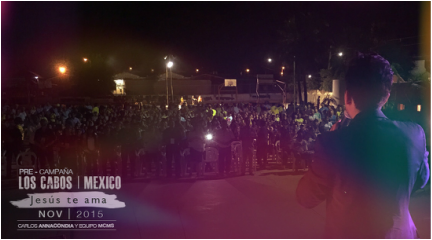 The pre-crusade was a success!  Not only was it an excellent test-run for the main crusade in April, but it was also an excellent beginning for intercession and for preparing the atmosphere for the revival we believe God has in store for Los Cabos!

The event officially started at 6:00 p.m. The official count was 826 people present in the immediate park area and we’re not really sure if this counted the 250 workers that were spread between the two ministry tents and the boundaries of the main stage area.  Elias was thrilled that he could sense the spiritual hunger of the people and was able to send encouraging reports to headquarters in Argentina, reports that Los Cabos is ready for a Carlos Annacondia Crusade.

For more on the pre-crusade, check out the blog at:  http://www.newlifeoutreach.us/blogging-cabo/pre-crusade-a-success 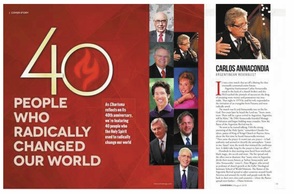 Charisma magazine recently featured ‘40 People who Radically Changed our World.’  Included in this list is Carlos Annacondia!  We can only help but smile at God’s amazing grace as we think about the journey He’s had us on, how he has led us to this point in the crusade planning, and how He is bringing Carlos Annacondia to Los Cabos!  We truly do serve an amazing God!  We have waited so long for so much, and yet, when God says suddenly, it is bigger and more beautiful than you can ever ask or think—and far more sudden! 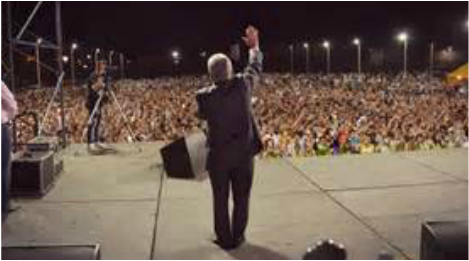 We have been blessed with the opportunity to have Carlos Annacondia hold a crusade in Los Cabos!  We are praying for nothing less than total transformation. We are not interested in meetings for meetings’ sake, but how this crusade even began looks to be the Lord’s leading and could very well be the beginning of the Lord’s desire for the area.

Hope is rising in the hearts of the area pastors. They are already challenging their congregations to prepare their hearts, to bring in their unsaved friends and relatives, and to disciple those who accept the Lord. The spiritual atmosphere is already changing, so the fruit will be ripe even before Carlos Annacondia comes. 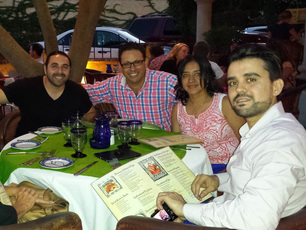 On May 25, we were honored to pick up Elias Annacondia and Leonardo Castagnari from the Los Cabos Airport in San Jose del Cabo. Originally, they were only to be with us in Los Cabos for a day and a half and the rest of their stay was to be in our capital city of LaPaz. Due to a change of plans in La Paz, we were blessed to have Elias, Carlos Annacondia's son and event coordinator, as well as Leo, another evangelist from the Annacondia team, from Monday afternoon until Friday at noon.

Typically, Elias and team travel to the location of one of their next crusades four months before the event to organize the local pastors and make sure everything will be ready for the main crusade. Since La Paz was scheduled to have a crusade this coming November, Elias told us if we wanted, he would come on down to Los Cabos during his trip to La Paz. It turned out perfect. Our pastors were already fired up and ready with their own list of event preparations, including cost estimates. Elias and Leo were impressed by the efficiency, encouraged by the unity of our pastors, as well as blessed by the open arms for the Annacondia team.

Monday, May 25, late afternoon – We picked up Elias and Leo at the airport, took care of their needs and brought them to their hotel in Cabo San Lucas, the Casa Bella Boutique Hotel. This hotel is owned by Mr. Carlos Ungson, the dear brother who has offered the free use of his centrally located, thirty acres for use for the crusade. Mr. Ungson and his family also blessed us tremendously, not only with their graciousness to our guests, but also in waving the entire cost of Elias’ and Leo’s stay.

Monday evening, dinner at 7:00 – As we have shared previously in our blog, Carlos Annacondia’s ministry has a special place in Pastors Cesar and Sara Sotomayor’s hearts. When they told us their story, just a week before Elias and Leo came, we felt, if we could gracefully work it into the itinerary, we needed to do something special for Cesar and Sara. Since we had not been sure exactly when the Elias and Leo would arrive, Monday night’s dinner was open. We all experienced a special moment as Cesar and Sara shared their hearts with Elias in a God-given, divine appointment at dinner at Maria Corona’s Restaurant.
Tuesday morning at 9:30 was the long-awaited meeting with the local pastors at one of the largest churches in the area, Centro de Fe. We, along with the pastors’ alliance, worked diligently in the few weeks we had before the meeting to invite every pastor we could make contact with to the meeting. Elias’ presentation was compelling, as well as inspiring. Hope of Los Cabos being transformed filled the air. After the presentation, Elias shared very thorough, specific information that we would need to prepare for the upcoming crusade. He also shared the possibility of holding pre-crusades before the big crusade in the spring of 2016.

After the meeting with the pastors, we hosted a luncheon at the Campestre Restaurant for the Pastoral Steering Committee, which had been working so hard to be ready for Elias’ and Leo’s visit. This was a great time of fellowship, along with allowing the steering committee to get to know more about the Annacondia ministry and ask any questions they still had.

That evening at 7:00 we held the kickoff of a Christian Business Person’s Association in the Los Cabos area. The dinner was hosted by and provided for by Pastors Cesar and Sara Sotomayor at their restaurant, La Mesa Poblana. Due to the time frame we were working with, it was a small beginning, but a special start to a ministry in Los Cabos that has been on our hearts for some time. 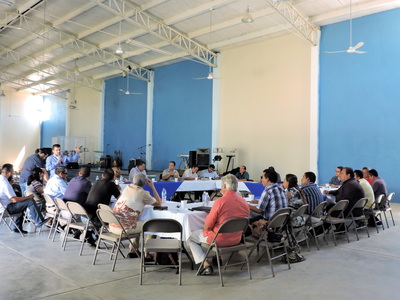 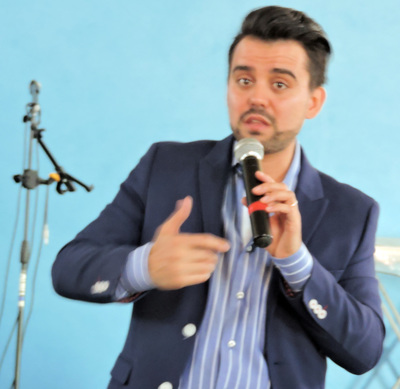 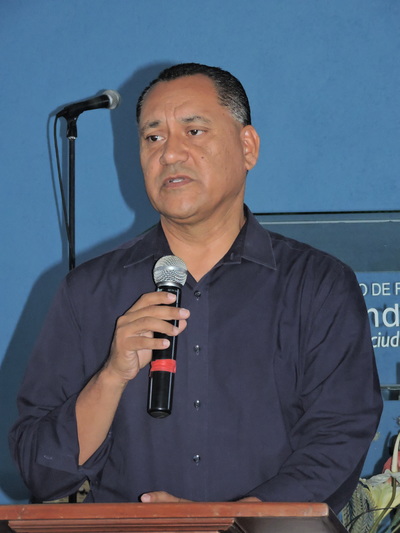 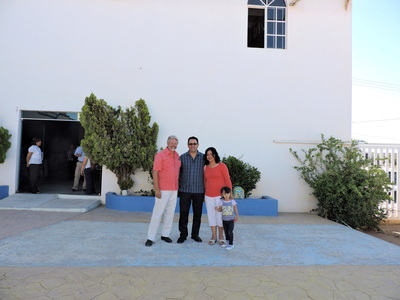 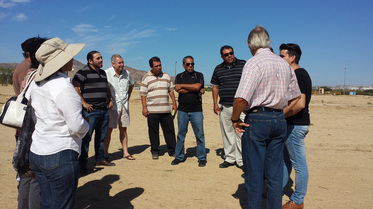 Wednesday morning started with a meeting at 9:30.  All of the pastors interested in praying over three possible crusade sites with us (Mr. Ungson’s property and two others) met at that time. The Holy Spirit’s presence was heavy and it was an important foundation for the upcoming crusade. After we were done praying and inspecting the properties, the pastors were dismissed and we headed up to San Jose del Cabo with old friend, Pastor Jose Montoya of Templo Bet San. Templo Bet San put on an area-wide outreach in San Jose using the city’s new baseball stadium (in case you’re wondering, we haven’t seen anyone playing baseball yet). He brought Elias, Leo, and us to see the stadium as a possible site for one of two pre-crusade mini crusades Elias thought might work for our area. Pastor Montoya then took us all out to Jasmin’s Restaurant (one of our favorites).

That evening we returned to Templo Bet San for the 7:00 p.m. mid-week service where Elias stirred up the faith of the people with many testimonies of what God has done in different areas after large crusades. Pastor Montoya’s people welcomed the ministry time afterwards and several testimonies have been given as to how God touched them that night. We were done shortly before 12:00 midnight and, much to my surprise, there was a taco joint open on the main drag at that time of night.

Thursday at 11:00 a.m. we picked up Elias and Leo to give them a tour of the area before the nighttime activities. They were scheduled to arrive at Pasto Carlos’ Cristo es el Camino at 7:00 p.m. for the mid-week service. Pastor Carlos’ mid-week service is always packed. The worship was passionate and powerful. As usual, the people flooded the altar at ministry time. A spirit of deliverance was present and several people were set free from significant bondage. Elias and Leo, as well as Richard and I, helped, as directed by Pastor Carlos, and prayed personally for at least fifty dear people. When we were done praying, it was 11:00 p.m. and, by the time the crowd cleared, it was midnight. Janet, with more energy than I remember having even when I was young, then served a light dinner to over fourteen people. We finally headed home at 12:30 p.m. from a powerful night of ministry and fellowship. 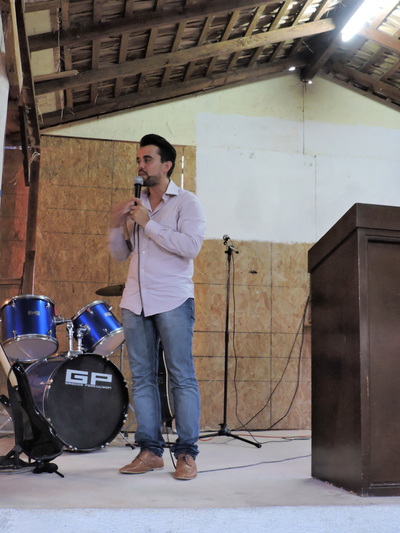 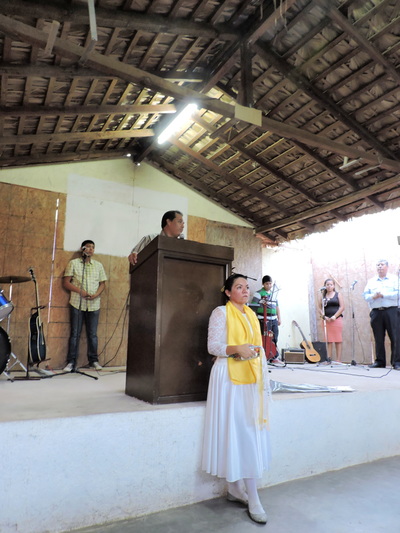 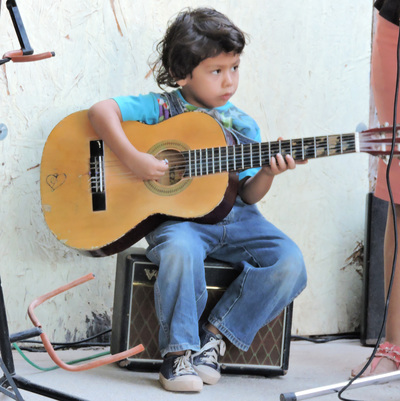 Friday arrived and we went to the Casa Bella Hotel for the last time (this event) to pick up Elias and Leo at 10:00 a.m. to drive them two hours to La Paz (the state capital) to meet with the pastors of that area. We all said our goodbyes to the Ungson family and thanked them for the special hotel experience the young men had had, due not only to the lovely accommodations but also to the graciousness of the host family.